How about some technical information 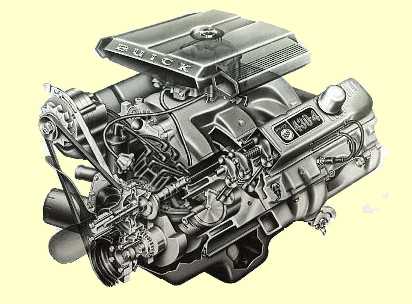 Cutaway view of Buick's new high performance V-8 engine which will be introduced in the 1967 models. Two engines of the type, a 430 cubic inch model, which developes 360 horsepower, and a 400 cubic inch, 325 horsepower warrior will be featured in the new cars. The gibber version will power Electra, Wildcat and Riviera models and the smaller one will be featured in the high performance Gran Sport models in the smaller Buicks.