Both the Chevy and BOPC ( Buick, Olds, Pontiac, Caddy ) transmissions were 6 bolt housings for most of their production life. The original Chevy housing was 7 bolt and that's why their trans housings have a peak. In fact, most Chevy blocks were manufactured with the top center bolt hole drilled and tapped long after Chevy had changed to a 6 bolt housing.

So how do you tell the difference between the common as dirt Chevy pattern and the far more desirable ( to us ) BOPC housing? 1. Well, the first and most commonly stated visual reference is the Chevy peak versus the BOPC saddle at the top of the bell housing.

2. Also, only the two bolts below the alignment dowels share the same position between the two patterns. This is why a dual-pattern housing has 10 bolts, all the holes above the dowels must be duplicated. A Chevy bell has two bolts on each side aligned vertically with the respective alignment dowel. A BOPC bell only has the bottom bolts aligned vertically with the dowel and the higher bolts are moved inboard. 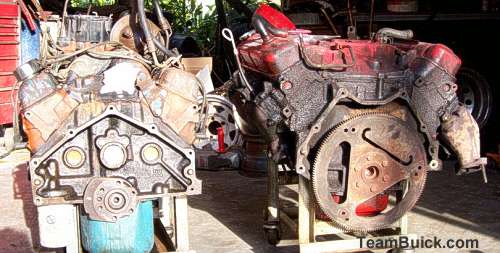 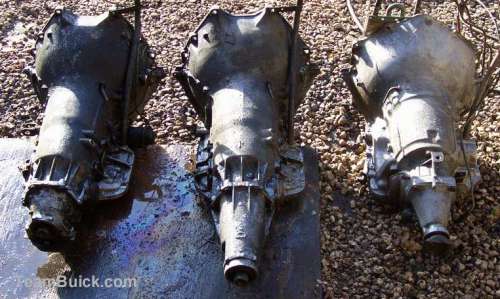 Here's a Super Turbine 400 ( early name for what is basically a Turbo-Hydromatic 400 ) for a 1965 401 Nailhead. Notice that even though it's still a 6 bolt pattern ( the second hole up from the bottom on both sides is for a guide pin, not a bolt ) it's wildly different from the later 'standardized' patterns. I have no idea if this pattern is found on anything besides Nailheads. 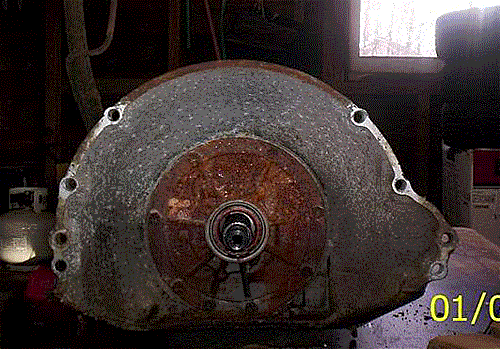 Here's a picture of a Dual pattern trans: 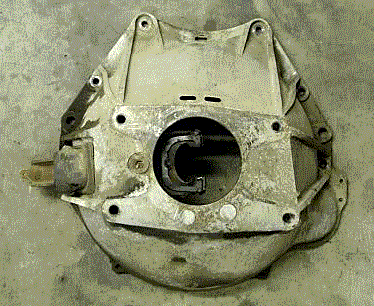 BOPC bell (has cutouts for a starter on both sides of the bell) with both a GM and Ford manual trans pattern on the back. The GM pattern has the 4 bolts in it. 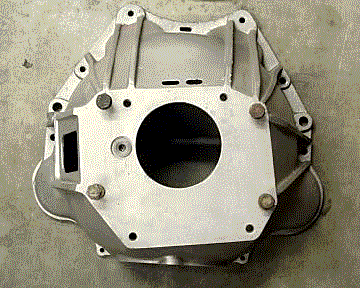 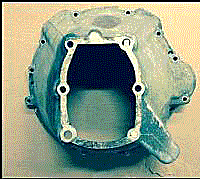 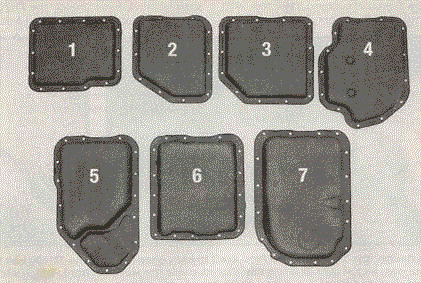 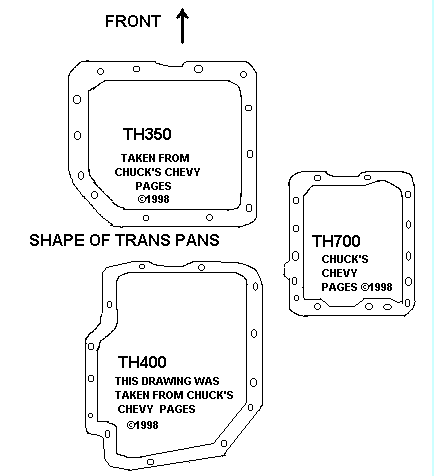 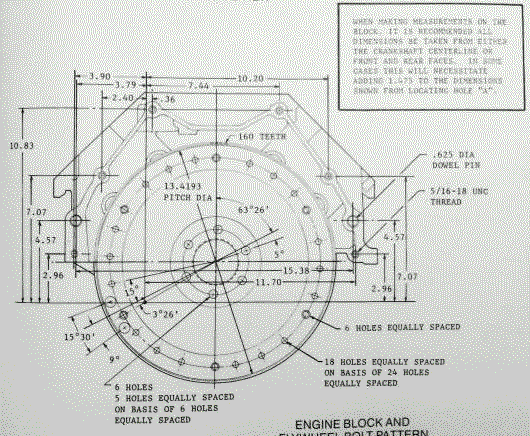 Pre-1965 Pontiac transmission bellhousing bolt pattern and dimensions, THIS IS NOT A BOPC PATTERN:

Chevrolet transmission bellhousing bolt pattern and dimensions, note that while Chevy retained the center peak, they have not actually used the top hole since the 1960s. This means that most Chevy transmissions that you find will only have 6 holes in the transmission bell. You must compare the holes above the dowels to truly determine whether you're dealing with a Chevy, BOPC or early Pontiac bell: 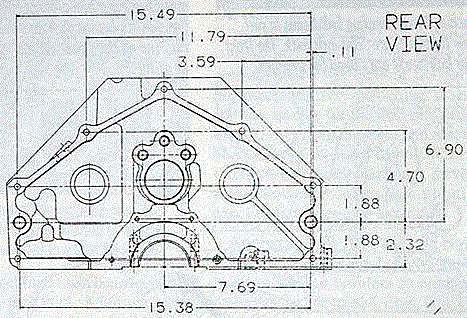 Check it out:
bob k. mando has worked out an .xls spread sheet that calculates all your powertrain combinations with click in transmission choices!
Click HERE to download it!