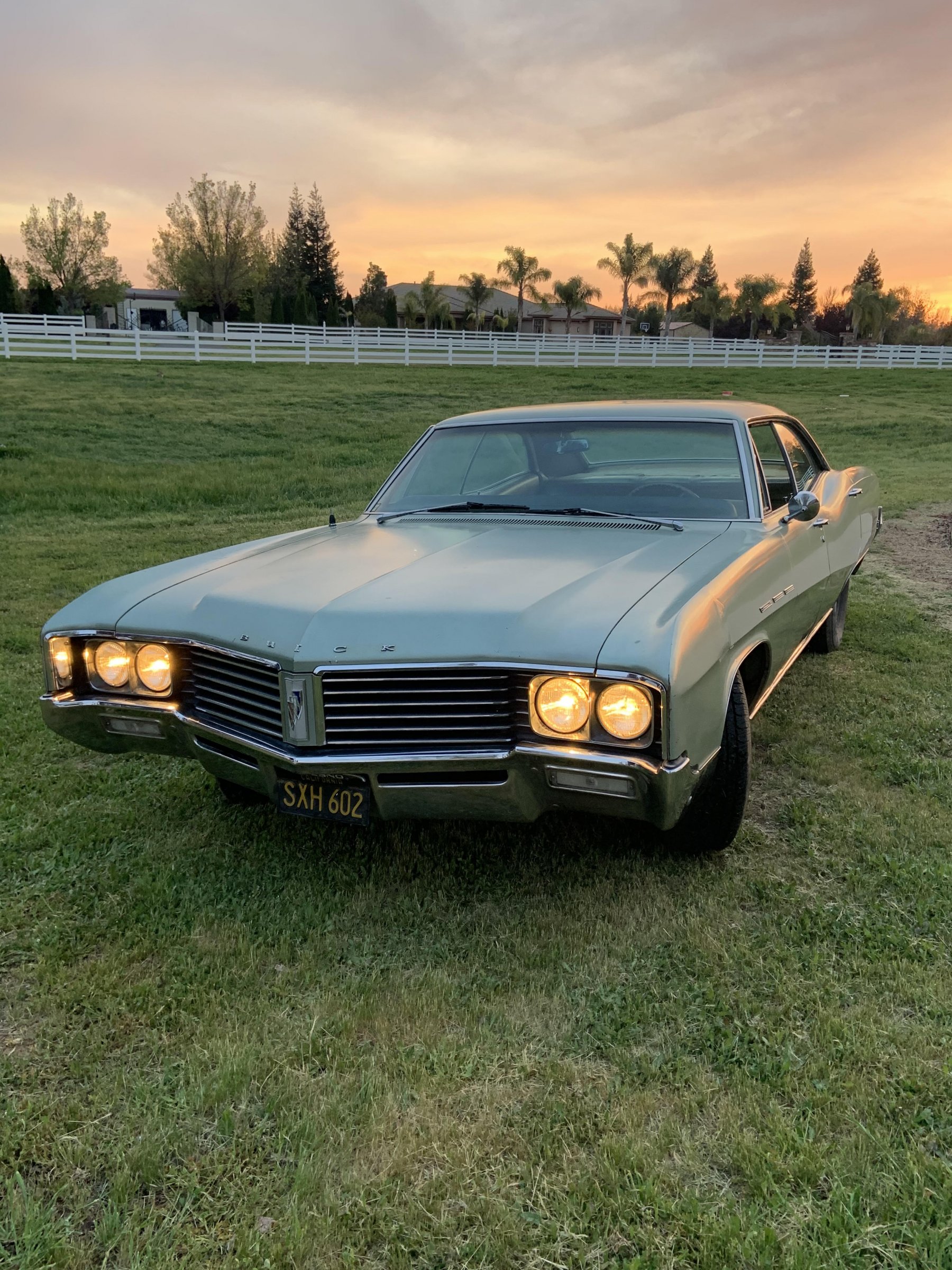 I'm new to Buick's and Classic cars. About a month ago I was in Fresno getting car parts with friends looking for classic GM parts. While we were there I found this 1967 Buick LeSabre 400 with the 340 engine in someone's front yard. I shot them an offer of $3,000 and they accepted it. I took it home and got it running and driving. It's almost all original except for a few things. It looks like the radiator that is in the car now is supposed to be paired with a 430 engine, not the 340. And at one point the heater mechanism broke, and the owner attached a valve in the engine bay to control the heat during winter. Which I think is hilarious and awesome. Anyways, I'll be posting here from time to time asking questions, and I appreciate the feedback to learn and grow!

There are no comments to display.